This section is for reggae covers of American music, or reggae covers of reggae musicians. This selection contains some of my most favorite music from the living, forgotten, and the deceased.  Most of the music you’ll find here are from the Ska and Rock Steady era.

The Frightnrs: I’d Rather Go Blind

Oh man, I found a beauty of a gem here! This is a relatively young band called “The Fightnrs.” I never heard of them before to be honest. However, I stumbled upon a cover they did called “I’d rather Go Blind. I’m not sure who originally sang this, but I first heard this song, it was song by the late, legendary Etta James. I loved the way she sung this song! This reggae cover is smooth, and I really appreciate the fact that they kept the old ska feel to the music. This song sounded so authentically classic, I was in disbelief that these young dudes came up with a musical interpretation I could jive to.

These talented young men are from Queens, New York. But their music travels in time to Jamaica, in the Rock Steady, 60s era. I enjoyed their cover so much! I don’t mean to sound like I’m putting down other artist that do old covers; but at the same time, it’s incredibly rare that young artists/bands keep the spirit of the original songs they’re doing. Everyone wants to do something “different for a change.” Whatever the hell that means. Look them up, I think you’ll enjoy their music too (that is if you love reggae).

Just Don’t Want To Be Lonely

One of my favorite songs from whom I consider a reggae legend, his name is Freddie McGregor, and the song is called “Just Don’t Want To Be Lonely (1987).” This was actually a cover of “The Main Ingredient’s” 1974 release. I couldn’t find this particular song on the billboard charts, but I know this was a significant hit because I heard it everywhere. Then again, I have to remember the community I was in. Growing up, we had a LOT of West-Indian & Jamaican people residing in my neighborhood. I loved the way he did this song.

Maybe I should point out that McGregor does have about 3 whole albums that registered on the charts. The problem is with music streaming, you’re not always guaranteed that all the songs from the original album would be on that album (largely because of licensing). That makes it tougher to gauge what the hits are. Anyway, another beautiful song McGregor has done is a song called “I Was Born A Winner (1992).” Indeed another brilliant love song from a talented artist. Despite not having more detailed chart information, I happened to stumble upon an article in the Jamaican Observer, that said McGregor is one of a small group of artists who are over 50 years of age, who has made it on the Top 10 Billboard Charts.

Oh, boy. I loved the Heptones growing up. They really made some nice music back in the day. Their music is the kind of music I think should have been played  on stations like Light FM. The Heptones reggae version of “Crystal Blue Persuasion,” was perfect for light radio! It’s a shame that as many Americans claim to love reggae music, it was almost never played on major stations, unless it was music produced by a major American artist. The only exception to that as far as I remembered was Bob Marley, and Eddy Grant. Not even Eddy Grant; because it is my opinion that he only got famous because of the song he produced called “Romancing The Stone.” Grant originally produced it for the movie “Romancing The Stone (1984),” starring Michael Douglas, and Danny DeVito. But, even then, as I’ve discussed on my old blog, I never considered Eddy Grant’s music reggae music. 90% of it was all Americanized, and appealed to specifically American rock/pop audiences.

Now, I honestly don’t mean to rant and start bitching….. But…… Reggae groups like the Heptones need to be sought out and played! Too many American people hear that dancehall music and think that, that’s what reggae is all about. But the reality is, just like American music, there is an array of reggae music of different styles and genres. Trust me when I tell you, not all reggae music is the same! I can’t tell you just how many American people who tell me, “I don’t listen to reggae music, ’cause they all sound the same.” The reality is, if those people really searched for it, they’d immediately know they’re not the same.

Not All Reggae Music Is The Same

So, The Heptones consist of a trio, Robert Dacres, Earl Morgana & Carlton Scarlett. Past members: Naggo Morris, Leroy Sibbles, and Barry Llewellyn. They come from Jamaica, and their core genres are Rock Steady and Ska. The group harmonized so well, it was almost like listening to a Jamaican version of The Miracles. The Heptones are so talented, it infuriates me that I have such difficulty finding chart information for many of these groups. I know I sound like a broken record already, but this is part of the many causes of why we’re losing our music culture. Black music culture especially. People are searching for good music, therefore this information must be made available! Otherwise, the music simply becomes “oh yeah, my mom played that song once or twice.”

I want to leave you with one last favorite of mine by The Heptones. The song is called “Party Time (1972).” Now, this song right here?!?! This is some sweet reggae right here!! You don’t have to just take my word for it anymore, you can immediately listen to it yourself on Spotify! It just a shame that the song is so short. According to The Jamaican Observer, the legendary rock steady group is still in demand, and is now touring in Europe. That is so awesome!!

Dedicating This Song To My Late Grandfather

The man that I’ve always known to be my grandfather since I was born 51 years ago, has gone to sleep after years of battling cancer. I know my grandpa gone through a lot, and now his suffering is over My grandpa was one of a kind, and had a great love and respect for everyone and anyone. My grandfather had the kind of unconditional love that just doesn’t exist anymore. My grandfather loved him some good reggae love songs. So I’d like to dedicate one of my many favorite reggae songs, that was originally written by the BeeGees. The song is called To Love Somebody, by Busty Brown, released in 1969. 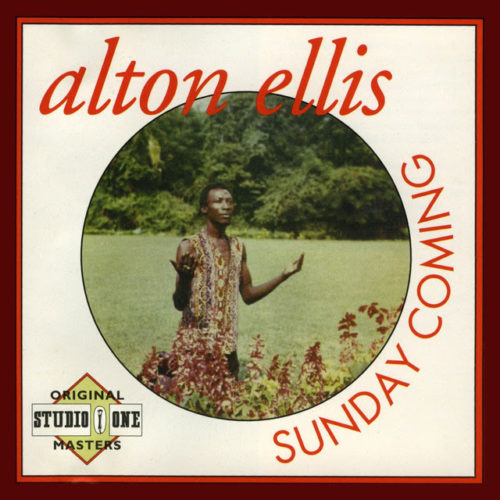 Alright!!! I am back with another hit from one of my favorite reggae legends Alton Ellis!! Alton reinterpreted a song from “The Guess Who” called “These Eyes.” I loved that the producers kept the distinct baseline the same, and just instrumentally added their reggae accent. Alton’s version is so sweet, you’d think that he was the original performer. I estimate that this song has been played more than 1.4M times on YouTube. Here is the 1969 original The Guess Who’s version of “These Eyes.”