Aaah! You know, when I was practically still a baby, I believe this was the first album I remember seeing of Mr. Belafonte. I’m sure I still have the album somewhere ?. I’m just going to come out and say it. In America, unless you came from the Caribbean, almost no one thinks of Caribbean music; unless you’re dating someone who happens to by Caribbean; or someone is talking about going to a NYC carnival/West-Indian day parade. So many things you could be writing about for Black History Month.

Let’s see now. What we can say about the incredibly multi-talented and then very handsome, Harry Belafonte? Well, he was born on 1927! That’s right guys! That makes him about 92 years old now ? ! BTW, he still looks healthy and amazing! Belafonte wasn’t just a singer & actor, he was also a heavy civil rights activist and a humanitarian.

I think it’s safe to say that, when people hear the name Harry Belafonte (and if they do actually remember him), they would most remember him for his “Banana Boat” song released in 1956; sometimes called the “Day-O” song. And that maybe because the younger generation heard it used in the then popular hit movie called “Beetlejuice (1988).” By the way, I should add that another one of his popular songs called “Jump In The Line (1961)” was also in the movie as well. If I’m not mistaken, there was supposed to be a reboot of Beetlejuice this year. Not sure if the project was cancelled or not.

Anyway, Harry was so much more than just a Caribbean performer. You know, in today’s political climate, the news media always take shots at how many people in office who’s been entertainers. In reality, this is nothing new. I’d say what is new (probably), is the lack of characters of the “once a celebrity” politicians, etc. Harry had intelligence beyond his years, an intelligence that America then and today were not ready to hear. He surrounded himself with great men in their own right; Sidney Poitier and Charlton Heston. And BTW, Charlton also fought fiercely for Black rights during the civil rights movement. Some how Charlton’s name always gets omitted in conversations of Black history.

Did you know that Harry was one of Martin Luther King’s very few confidants? Harry also helped MLK and his family financially, because king made very little money as a preacher in the beginning. Wow, that’s what you’d call a friend. Not many of those today (sorry to say). Did you also know that in the mid 80s, Harry helped to organize the whole “We Are The World Project?” Harry did so much for South Africa, especially when it came to the A.I.D.S. crisis. Africa had it really bad, there were no resources for them, neither was there education about the disease. Again, Harry Belafonte was, and still is, the last of his breed. He truly not only has a pure love for mankind, but sees the undying need to help each other. 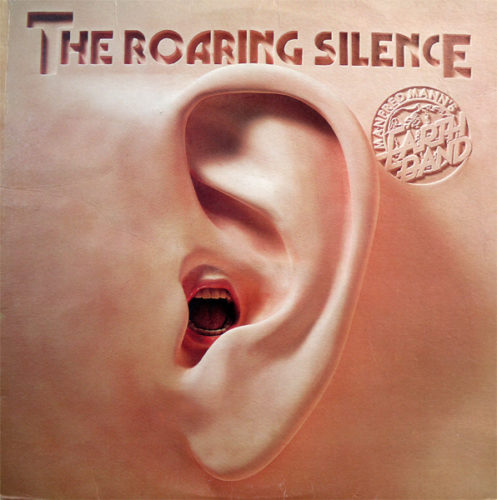 Now, judging from the kinds of music I’ve posted in the past, many of my readers may be quite surprised to know that I love “Blinded By The Light,” recorded by Manfred Mann’s Earth Band in 1976. I’m not sure what was it about this rock song I loved so much. Maybe it was the mixture of rock & space age sound effects? Sometimes I wasn’t sure whether or not I was listening to actual music, or listening to an actual alien invasion! 😀 This was their only major hit throughout their career. “Blinded By The Light” hit #1 on the Top 100 Charts in 1977, and stayed at #1 for a week. People still love their music tho. On Spotify, this song reached 20.5M plays, 2.2M Shazams, and about 16M additional plays throughout YouTube. By the way, did you know that “Blinded By The Light” was actually a Bruce Springsteen song, released in 1973 (I believe)? Wow, they almost sound like two completely different songs.