Published November 16, 2018 | By SpotifyThrowbacks.com
ATTENTION: YOU MUST HAVE SPOTIFY INSTALLED ON MOBILE DEVICES & PCs TO ENJOY MUSIC LINKS!! 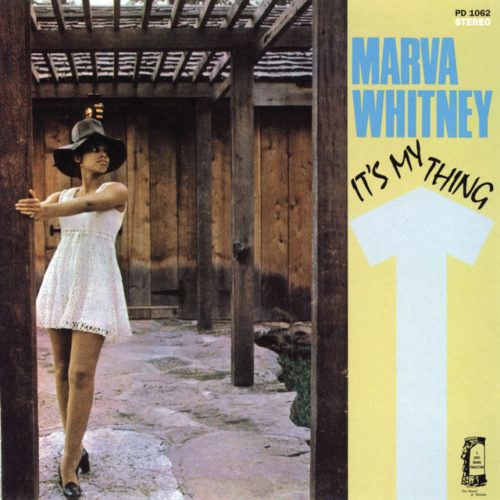 Marva Whitney was a funk legend back in the day. She was a protege of the late James Brown. Actually James Brown had many proteges, however, vocally speaking, she was the best female performer he ever took under his wing (in my opinion). Her voice was truly a force to be recon with.  Not to say that other female performers such as Lyn Collins did not kick-ass; but let’s put it this way, when you hear Marva perform she’s almost like an alpha female on stage! She means business when she sings, and she expects you to listen with urgency 😁 He biggest hit “It’s My Thing,” released in 1969 was so popular, I was stunned to learn it only reached #82 on the Top 100 Charts. Actually, more than stunned. Marva was so fierce, they used to call her “Soul Sister Number One.” Many artists like DJ Kool used to sample her music. Unfortunately, Marva died in 2012 as a result of complications with pneumonia.