In my opinion, I think these guys are indeed one of the many most forgotten reggae duos ever! Keith Barrington Rowe and Phillip Texas Dixon, or simply known as “Keith & Tex,” grew up and met in Kingston, Jamaica. They are most remembered for their massive smash hit “Stop That Train,” which was published in 1967 by Island Records. This was another one of many songs I used to hear my grandfather hum to himself all the time. It was strange because, most of the songs I heard my grandfather sing, I’ve usually heard him play before. But, I do not recall actually hearing this particular song until I got much older. I always thought he mistaken the song for Al Green’s “Back Up Train,” which coincidentally, was released in that same year. I stood corrected 😍

Although it appears that I can’t find any stats for “Stop That Train,” I do know enough that it was one of the most popular songs in Jamaica. This song was covered, dubbed, and sampled so many times back in the day; it was wonderful to read (when it comes to outside America), fans remembered them enough that after decades they are touring around Europe and Jamaica.

Keith & Tex Met As A Result Of Their Mutual Interest In Soccer!

How funny that a mutual interest in sports brought these two music legends together! They met playing in the soccer field and became close friends. Shortly after, they discovered they also had a strong mutual interest in music as well. Transitioning from sports to music sensations was not easy. Studios in Jamaica were very critical and judgemental. They had to practice with a vengeance, until everything finally paid off. For their first recording session, they performed “Stop That Train.” The studio loved it!

The second song the duo performed/recorded in the studio (which later became a hit as well), was called “Tonight.” The studio praised both songs, and the rest was history! Both enjoyed huge success at the young ages of about 16 & 17. Allow me to direct you to another great song they did. It’s a cover of one of the Temptations songs called “Don’t Look Back,” released in 1968.

The Works Of King Tubby

Today, I’m writing about the works of King Tubby! Not sure how my blog fans feel about this guy; but I consider him one of the great forgotten reggae DJs. He produced some of the smoothest reggae beats, with the smoothest bass. I don’t consider Tubby’s music “dance floor” music per-say; they’re probably more closer to head-bopping music at best.

Tubby’s real name was Osbourne Ruddock, and sound engineer was born in Kingston, Jamaican. Tubby had a passion for dub music; and his unique style changed the face of dub music in the 60s/70s era. Despite how much Tubby influence reggae instrumental dance music, he doesn’t appear to be anywhere on the charts. However, I have found small pieces of articles from back in the day, that mentions him in Billboard Magazine. Many of the articles were really promotions; or articles featuring artist’s music dubbed/arranged by Tubby. However, speaking from memory, I guess this sort of makes sense. You see, Tubby died in 1989, and Jamaican/reggae dance music really didn’t seriously explode in America until shortly after the 90s. I think.

The timing of his death was sad, because not only had he contributed so much to reggae music itself, he had several of his own record labels to prove it. “Firehouse” & “Waterhouse,” just to name a few. Yet the music business had completely forgotten about him. Tubby worked with so many artists, I can’t remember them all.

However, I do remember that some of his most popular mixes has been from Jacob Miller & Augustus Pablo, just to name a few. To my understanding, just before the end of his life, he purchased a larger and more advanced studio to manage his labels, while also using it to tutor and mentor younger artists who wanted to get in the music business.

Some of my favorite dubs from Tubby are “Western Dub,” “Take Five,” “Me Come To Dub,” “Gaza Version,” and “Staga Dub.” I would like to end this article with an interesting fact. Usually, when an artist give themselves a name like “Tubby,” it’s not at all unreasonable to assume that he more than likely has a belly. However, to my understanding, he was never overweight. His name comes from his mother’s surname, Tubman. 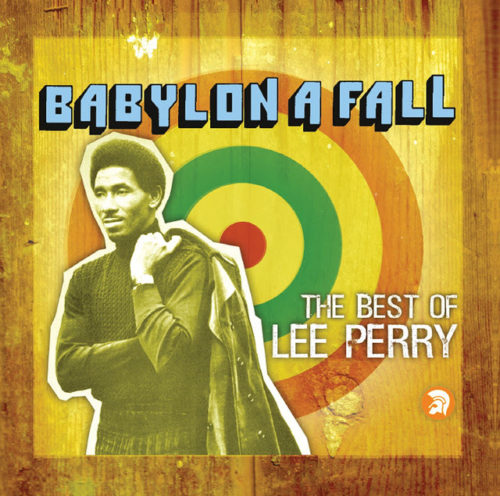 I absolutely LOVE this reggae classic! My only problem is I wish it was longer than 2 minutes and 15 seconds. That is definitely not enough time for a reggae groove like this one! But, then again, two and a half minutes was about the average time for most songs back then. “Enter The Dragon,” was from an album called “Kung Fu Meets the Dragon,” by (then) called “The Mighty Upsetter.” This particular album was a special project inspired by martial arts; I found this very interesting and yet odd at the same time. Because in terms of people from Jamaica, West-Indies, etc; reggae music was still very highly political in the 70s, we just didn’t witness these types of albums (at least here in the states anyway). Although reggae musicians were inspired to sing about damn near anything, this album came out of left field for me 😜 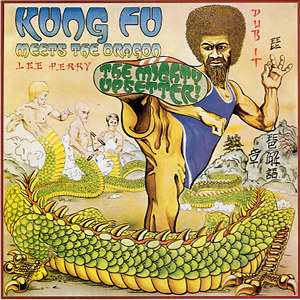 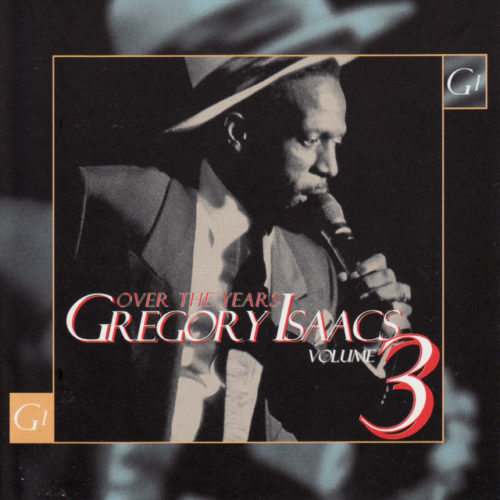 This is probably my most favorite song from reggae legend, the late Gregory Isaac. The song is called “I Can’t Give You My Love Alone,” released in 1981 by African Museum Records (at least at the time I purchased my LP. In the streaming world, I see a number of distributors, so I’m still not sure if another company owns it). This is another one of those songs that I rarely hear that is both romantic and club danceable (or at least in a formal party danceable). I really love the instrumental/dub version of this song (on side B), but it doesn’t seem to be available anywhere, unless you’re lucky enough to find the original LP. Gregory died on lung cancer in London on 2010.